Hamilton County: In the heart of the boreal zone

No matter the season, Hamilton County is a birding paradise. Spring, summer, fall, and winter - you'll be sure to find a species to check off your life list. Don't forget to check out our annual birding festival and numerous birding outings held throughout the year.

The heart of the boreal zone

The Adirondacks is a birdwatching haven. And perhaps there is no better place to see the unique boreal species that call this place than in Hamilton County.

What does “boreal” mean? Well, by definition it means “of the north.” For birders that means a chance to see many species that typically only inhabit northern climates and are more likely to be found in places like Canada. Some boreal species of birds found here can include: Lincoln’s Sparrow, Boreal Chickadee, Black-backed Woodpecker, Canada Jay, Common Loon, and the elusive Spruce Grouse. These birds are at the southern extent for their breeding range in Hamilton County and are symbols of the Adirondack landscape. You’ll find these birds and many others in the bogs and boreal forests here. 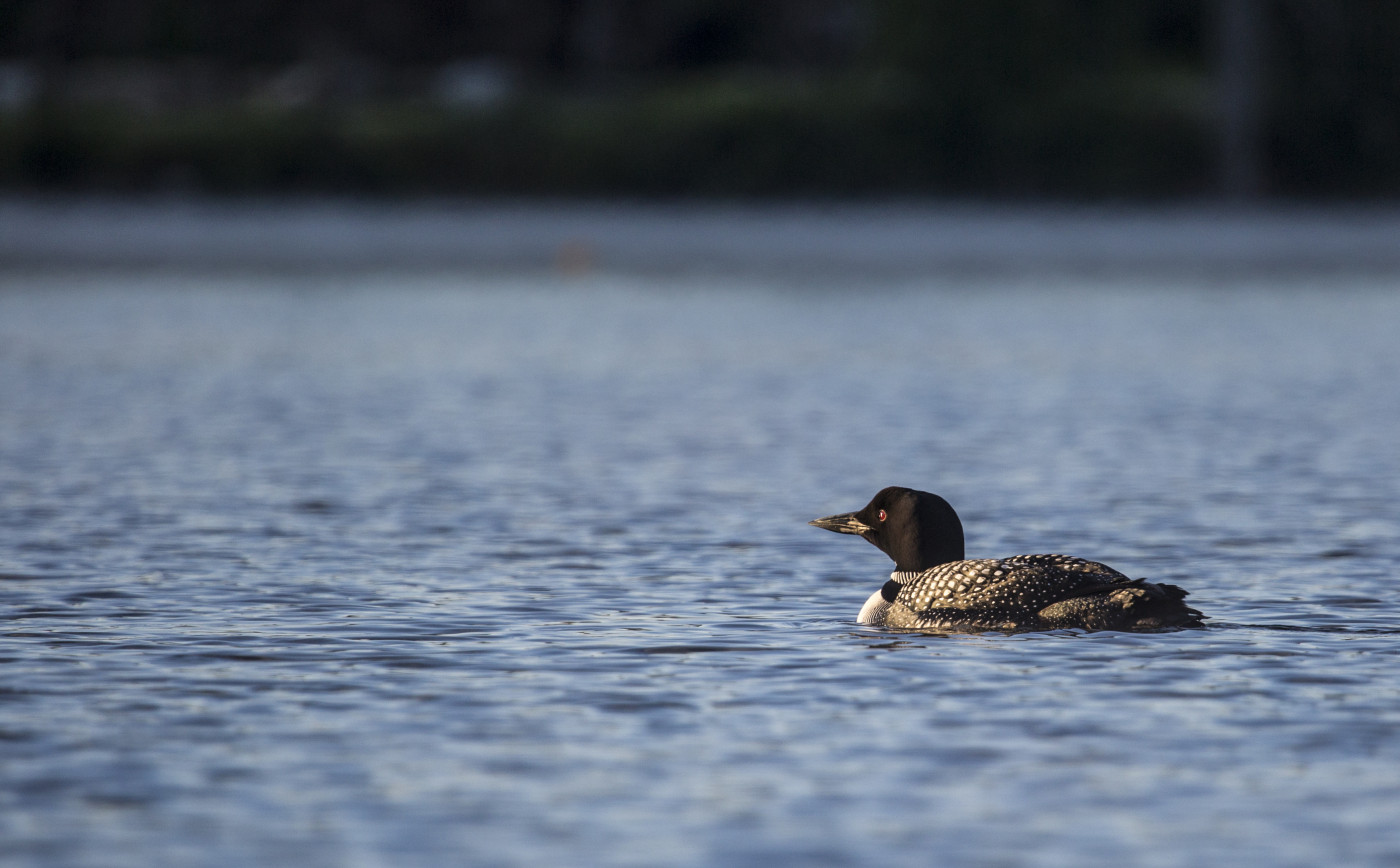 As our landscape shifts throughout the year, so do the bird species we see around the region. Birdwatching is especially exhilarating in spring and fall, when migrants pass through our area in great numbers and many birds return to their breeding grounds. Summer and winter also have their own unique cast.

While the diversity of birds is at its lowest point during the winter, it does not mean birding is not good. Birders will delight in hearing the chatter of Black-capped Chickadees and the robotic calls of Red-breasted Nuthatches. Resident boreal species are understated, though still present. This means birders in search of Boreal Chickadees and Black-backed Woodpeckers in some of our coniferous forests, such as those around Sabattis Bog, must pay attention to their nasal chatter and soft tapping. These sounds can be echoed by the quiet calls of inquisitive Canada Jays which may suddenly burst out loudly, boisterously breaking the silence. Such strident music can also be heard in the changing trills of singing White-winged Crossbills or the sharp notes of Red Crossbills, present in some years in response to food availability. The music of winter can be heard in our towns too, in the incessant activity and twitter of a flock of Common Redpolls, or the sweet tunes of Pine Grosbeaks and the trills of Bohemian Waxwings, here to dine on fruit. 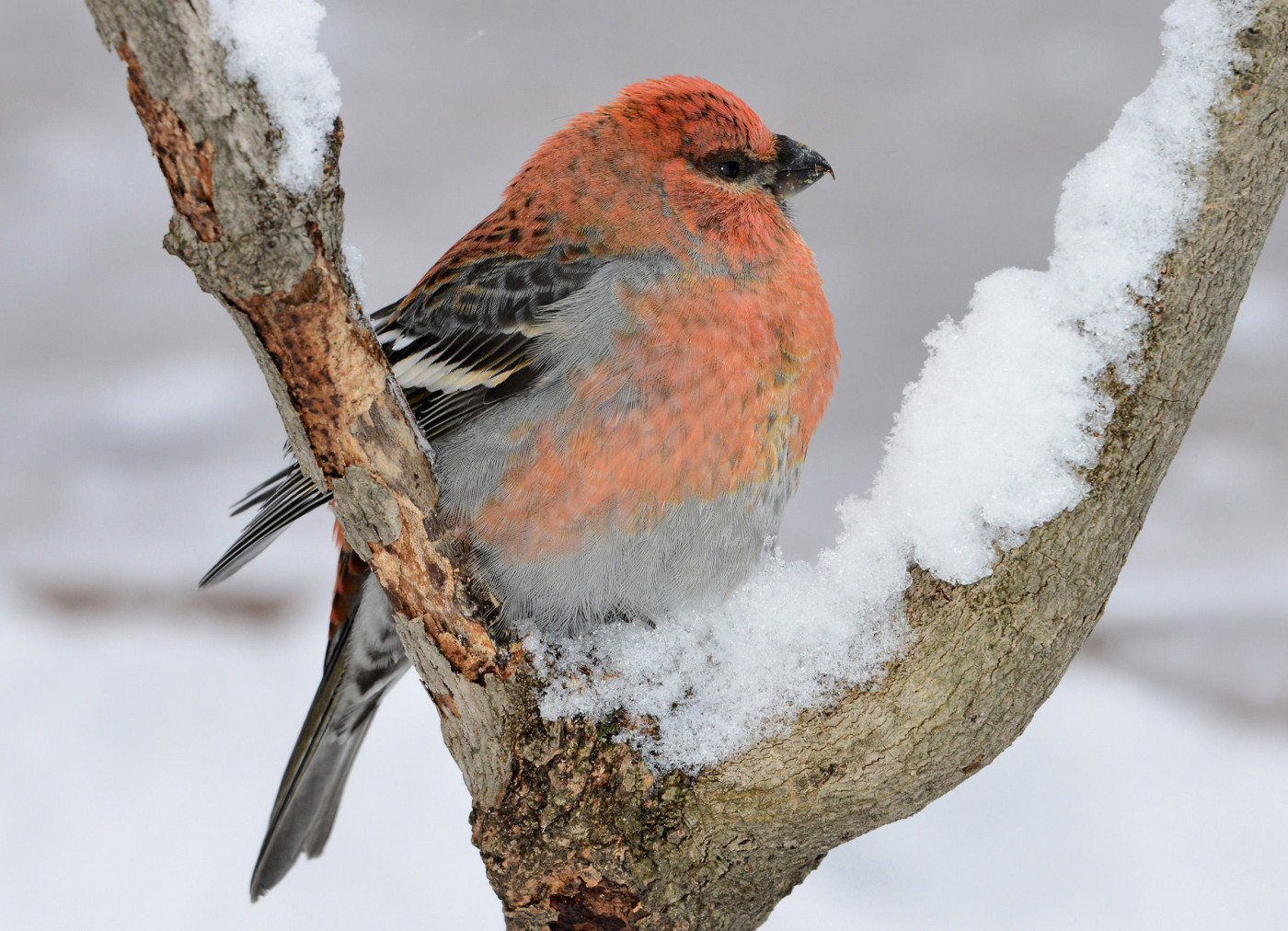 The wintering birds soon pick up the cadence in their tunes as spring approaches. Ice on our lakes begins to recede and the tune is taken up by the whirring wings of migrating ducks, which seem to drop in almost immediately once open water appears as if they knew it was coming. Many of them will not linger for long, meaning we birders must be outside as often as we can be in order to find them.

The melody of April then becomes the ringing songs of Dark-eyed Juncos and the whistles of White-throated Sparrows. They are joined by a harmony of others – including Fox, Vesper, Chipping, Savannah, and Lincoln’s Sparrows, even as lingering American Tree Sparrows offer their last twinkling notes of the winter before heading north. The cadence is then taken up by the staccato drumming of Yellow-bellied Sapsuckers, the fluty songs of Hermit Thrushes, and the low pulsing throb of American Bitterns calling from area marshes.

Some of the first warblers to arrive in the spring are Yellow-rumped and Palm warblers. Their colorful plumage lights up bogs, like Ferd's Bog, and surrounding forests. Soon, flycatchers will add their songs to the mix, along with other warblers, sparrows, and even Scarlet Tanagers. As we advance into July, we notice an escalation of sound and activity begins with the chips of recently fledged young birds, and before we know it August has gathered small ensembles of mix-species flocks – diverse collections of birds which infuse life in the forest as they feed incessantly in preparation for their long journey south. Such flocks are an exciting miscellany of birds, and birders can sift through them as if trying to find a hidden prize. It makes August one of the best times of year to bird the Adirondacks and the Sacandaga Pathway in Speculator is a great place to stop. For those looking for adventure and a chance to see a "lifer," head to Blue Mountain, where Bicknell's Thrush are known to breed. Getting to their habitat requires a demanding hike up a mountain, but it may come with a sweet reward, and a great view!

As autumn enters the region, many species that spend their summer up north begin to migrate back south again and pass through Hamilton County. Common Loons, the iconic symbols of our lakes and seen regularly in the William C. Whitney Wilderness, change into winter plumage and make their way to the coast. Pine Siskins and Red Crossbills and other “winter finches” show up more frequently as the snow begins to fall and we start the birding year over again. 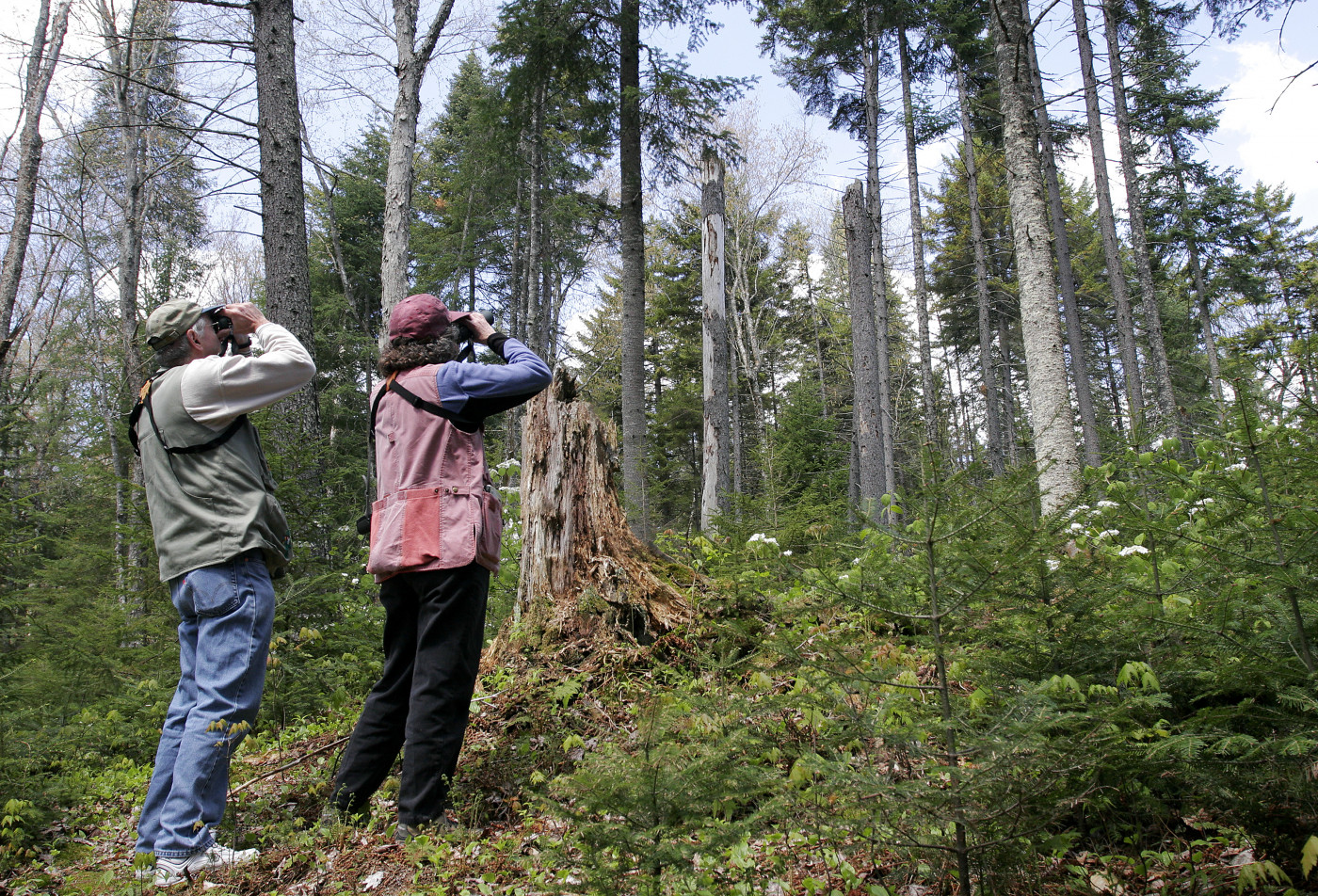 For those who want more of a challenge, check out the Hamilton County Birding Challenge, where you get "points" for seeing or hearing certain species!

Leave No Trace and Love Your ADK

The magic of the Adirondacks is the result of previous generations taking a long view and protecting the mountains, lakes, and rivers within the Blue Line. That tradition continues today as we support and encourage everyone to practice Leave No Trace ethics, which help protect the lands and waters of the Adirondacks.

Be sure to paddle the bays and narrows of the...
Higby Road
Inlet
13360
VIEW MORE INFORMATION

Located off of Uncas Road, this is a short...
Browns Tract Road
Inlet
13360
VIEW MORE INFORMATION

Hiking From the trailhead, hike along an old...
Route 28
Inlet
13360
VIEW MORE INFORMATION

Once on the inlet you will be paddling...
Village Center
Raquette Lake
13436
VIEW MORE INFORMATION

The only way to explore Round Lake is by...
Sabattis Circle Road
Long Lake
12847
VIEW MORE INFORMATION

This is a two-mile, flat-water paddle to an...
Sagamore Road
Raquette Lake
13436
VIEW MORE INFORMATION

Paddling For this adventure you will have a...
Route 421
Piercefield
12973
VIEW MORE INFORMATION

The trail to Sis and Bubb lakes is very...
Inlet
13360
VIEW MORE INFORMATION

This “pull off and fish by the roadside” pond...
South Shore Road
Inlet
13360
VIEW MORE INFORMATION

Lows Lake is one of the prettiest lakes in...
Long Lake
12847
VIEW MORE INFORMATION

This is a flat water paddle following the...
Speculator
12164
VIEW MORE INFORMATION

This trail starts with a scenic drive through...
Piseco
12139
VIEW MORE INFORMATION

This dirt road is lightly-traveled and can be...
Arietta
‎12139
VIEW MORE INFORMATION

THERE'S MORE TO EXPLORE
We’ve got the best ideas for things to do on your next Adirondack adventure, and we will deliver them right to your inbox! THANKS FOR SUBSCRIBING! Your next adventure awaits you in your inbox! Tell us more about what interests you, and we can help you plan your next trip.
MANAGE YOUR PREFERENCES